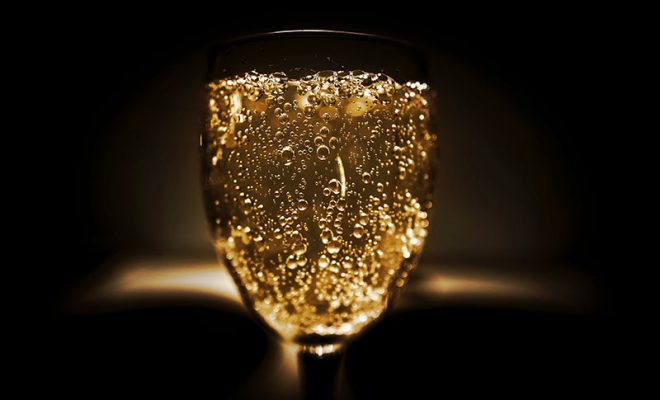 There are so many ways how to improve your skin and hair that it’s not surprising to find a new trick every now and then. What can be surprising is the actual trick itself. Sometimes they’re just so outrageous that you can’t help but think how people came up with the idea in the first place.

What’s even more surprising is that a lot of them works. Science is truly an intriguing field because when these weird tricks are explained, they totally make sense.

Just how bonkers are some of these beauty tricks, though? We’ve rounded up five offbeat techniques to demonstrate this.

Tip #1: Wash Your Hair with Champagne

This beauty craze has a lot of people asking a few questions. One, why you should waste a perfectly good bottle of champagne like that? Two, wouldn’t your hair be a sticky mess after?

According to the beauty influencer who shared this trick with her Instagram followers, champagne helps tame your locks’ frizziness and adds some luster to it. Because this trend is relatively new, experts haven’t weighed in on it yet. However, a lot of people have already been pouring beer on their hair for years to make them shiny, so that might prove true in this case as well.

Tip #2: Add Dishwashing Soap to Your Shampoo to Strip Away Its Color

Dishwashing soap is best known for its ability to strip oils off from the surface of whatever it’s going to be applied to, so why add some to your shampoo? That will effectively dry it up, right?

While that might be true, it’s also said to help remove dyes on your hair. So in case you’re tired of your old hair color already, this might be a quick and easy way to fade the color away.

Just remember not to swap your shampoo for dishwashing soap, though. That will harm your locks and scalp, so it’s not recommended if you’re having a major hair dye remorse.

Tip #3: Add Aspirin to Your Shampoo to Remove Build Up

This might not sound too bonkers but it’s still a bit out there for a lot of people. If you’ve tried crushing up aspirin to spot treat your zits, though, this might not seem like a very wild concept.

In any case, aspirin is said to be helpful in removing product build up in your hair and scalp. This is why some people recommend crushing up an aspirin or two and then mixing them into your shampoo. This can then turn any shampoo into clarifying ones.

Tip #4: Swap Your Volumizer with Beer

As mentioned above, beer has already established itself as a popular drink that’s also used for hair hacks. It’s been said to help add shine to your locks, so even celebrities are using it as a hair rinse. This is why it shouldn’t be too surprising that they’ve found other ways to use it on your hair.

According to some experts, instead of reaching for a volumizing spray, you can just fill a spritzer with beer and use that on your locks to add volume and shape to otherwise limp and lifeless tresses. Apparently, the yeast in the beverage adds volume to the strands which make them look puffy and thick.

Does your scalp react adversely to the products you use on it? Then, it’s highly likely that it’s sensitive. This can then cause your hair to be unhealthy which can then affect its overall appearance.

According to some folks, you can treat this problem with a paste of artificial sweetener. Add some water to a packet or two of your choice of sweetener than apply it on your scalp like you would use a scalp treatment product. Let it sit for a while before washing it off and your scalp will be less sensitive than before. Some also recommend adding some of these products to your hair dye so it won’t irritate your scalp when you color your hair a different hue.

According to some folks, the ingredients in these sweeteners help balance the pH levels of the scalp and neutralize the ammonia in hair dyes. As a result, it prevents irritation right before it even happens.

Don’t want to resort to odd tricks in improving your hair? Finding a dependable hairstylist might help you out. You can turn to professionals from Sally Hershberger and other reputable salons and they’ll be more than happy to dish out a few great hair hacks and treatments that really work.

Related ItemsFeatured
← Previous Story The Pros and Cons of Braving a Bold Hair Makeover
Next Story → Haircuts for Autistic Persons: Tips for Parents And Hairdressers