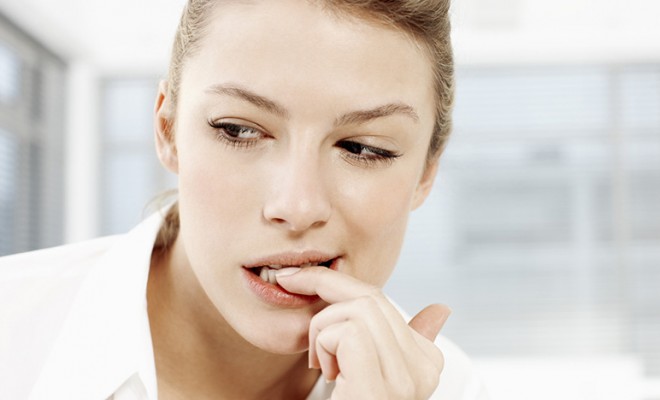 Many people today rely on celebrities for nail design and styles. From the audacious Nicki Minaj nails have become a representation of a certain sub-culture and this seems to be growing by the minute. The influx of new nail trends and trendsetters continually plagued both online and offline media. With the youth following every step, and mis-steps, of celebrities, Yes, it is a sure thing that most women (and a handful of men) dote on their nails in the same fervor as one would do to a pair of shoe. Picking out the perfect nail polish nonetheless requires a lot of focus and research, and so is picking the right salon to do the job. But in congruence to this growing “addiction” to copying style icons, a lot of things are thereby taken for granted. Not that many want to sabotage their fingernails just to get the look they want but rather certain things are taken for granted. So, ever wonder what poor nail habits you have? Here is a glimpse to some common known nail problems and how to do about it.

This is not the Julia Roberts “Kiki” persona doing some nail-biting charm. This is halfway onychophagia or habitual nail biting. This is no longer just an issue among little kids and young teens. Many women today, perhaps due to stressful competitions, are susceptible to biting their nails. Professionals also deduce that this might also be due to a lot of chemicals are being infused to nail art designs causing fingernails to be itchy and, shall we say, a magnet for biting. Apart from being unsanitary, the problem with nail biting though is that it can cause bumps and ridges. These deformities can take months, if not years, to correct. Some nail experts strongly suggest keeping nails painted at least every two weeks. Accordingly, the polish used will serve as some form of “aversion” therapy.

Prettifying one’s nails do not just give it beauty and elegance but, it also allows one to be more responsible. Aside from its taste, the cost of having your nails done will give you second thoughts on biting them. The cost of salon visits alone will help you trick yourself from doing the unhygienic habit. Find a pencil to chew on instead. It’s cheaper and a definitely stress buster.

Attack of the Cuticles

There is something irresistible about those poor unwanted cuticles. Many people love to gnaw on them or pick and cut them like weed growing on a flower pot. Little do we know that there is such a reason why one should respect the cuticle’s sovereignty. Your cuticle plays an important role in providing some shield for newly grown cells because they are prone to infection and are too soft. Your cuticles help shun out the fungi and bacteria from invading the innermost layer of your fingernails. Removing dead cells around your cuticles, however, must be done every now and then. This will allow new cuticles from moving in thereby, increasing your nails protection. Celebrities do not have this problem though as their nails are regularly taken care of. Can you imagine Miley Cyrus nails having issues with cuticles? Not really. Even if she’s into wrecking balls, it would still seem unlikely. For mere mortals like us, some topical solutions will do. Try all-natural cuticle removers when removing those offensive dead skin. This will help clear out the damaging skin without the compromise.

Wearing and Picking of Polish

You are busy and often, you have the excuse not to visit the nearby salon or even just to do it on your own. Then, here comes this need to pick on them. Wearing polish for weeks is a common mistake that many are guilty of committing. This makes the nail bleed dry of its natural moisture. It can even lead to permanent discoloration of the nails. Try to give your nails a chance to breathe by removing polish after two weeks. Do not wait for the time that the nails polish starts chipping or peeling off. This will only entice biting or picking which, as mentioned, can pose detrimental issues.

Oh, we all are guilty when it comes to this. No matter how you deny it, at some point in time nails are being used as a way to peel off labels and price tags, scraping off teeny-weeny gunk, unfastening some stuff like keys and non-metal locks, well, the list could go on and on. Sometimes, people also do household chores using their bare hands without any form of protection like gloves. Even celebrities do these unhealthy stuffs so do not be too guilty about it. You are not alone in using nails as scissors or envelope openers. But that does not give you an excuse either. If you want some Kim Kardashian nail perfection, make sure to de-list your nails as a tool. Go pick an envelope opener or something.

Indeed, if you want outrageously long Nicki Minaj nails or equally outrageous Kim Kardashian nail perfection, it takes more than just daily protection and regular nail care from your nearby salon. Try to keep a healthy lifestyle, too. Eating calcium and magnesium rich foods and drinking plenty of water while lathering your hands with the needed SPF will definitely ensure growing healthy nails for you to freely style.

Related Items
← Previous Story 10 Nail Trends That Never Fade or Go Out of Style
Next Story → Painting Nails: Are You Doing It Right?