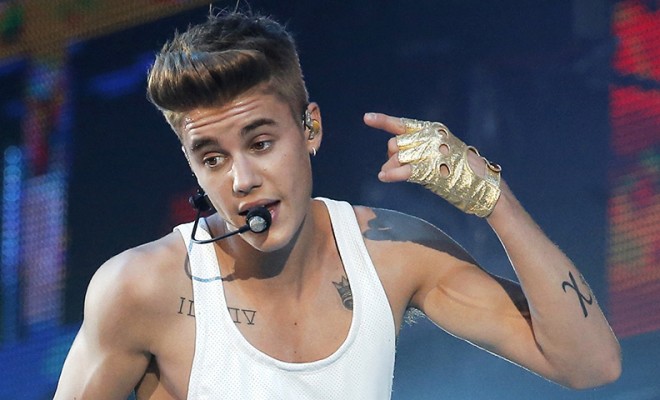 From Mophead to Street Cred: The Celebrity Downgrades to Banal Hipster

Born in London, Ontario, Justin Bieber was just 11 when he began doing his self-promotion YouTube music videos in his natural-look blonde hair. Success came fast and so did the evolution to his trademark unruly mop, now dyed in chestnut brown. At age 19, all that changed. The Justin Bieber hairstyle changed faster than he could Tweet or post on Instagram. The once-child star was in a hurry and lived a turbulent lifestyle as he transitioned to adulthood. There followed a long series of increasingly short hairstyles.

In The Beginning: Justin’s Mophead

Manager Scooter Braun was duly impressed with the self-promotional videos and arranged for the Biebers to meet with the man who became his mentor, Usher. Consequently, Bieber was signed by RBMG, then Island Records. At 12, Justin was enough of a celebrity to co-host Nickelodeon’s 2009 Kids’ Choice Awards. By then, he had released his debut EP, “My World”, in November 2009. It has been certified platinum in the United States. He became the first artist to have seven songs from a debut record chart on the Billboard Hot 100.

Bieber released his first full-length studio album, My World 2.0, in March 2010. It debuted at or near number one in several countries and was certified platinum in the United States. It was preceded by the single, “Baby” and boasted the most views on a Vevo platform. He followed up the release of his debut album with his first headlining tour, the “My World” Tour, the remix album titled, “My Worlds Acoustic”, “Never Say Never – The Remixes,” and a 3D biopic-concert film “Justin Bieber: Never Say Never.” Bieber released his second studio album, “Under the Mistletoe”, in November 2011 when it debuted at number one on the Billboard 200. Bieber released his third studio album, “Believe”, in June 2012. By then, Justin had just turned 18.

At sixteen, Bieber scaled back on the bangs when he appeared at Barnes & Noble in New York City to promote his book, “First Step 2 Forever” and for a Madison Square Garden gig a week later. The hairstyle was still unruly and dropped past his ears but the thick bangs were gone. It was the same look that suited his oval face.

The trademark hairstyle remained in January 2011 when the star made an appearance at the 16th Annual Critics’ Choice Movie Awards at the Hollywood Palladium. Justin was relaxed enough to spoof the Groucho Marx glasses and thick moustache. By March, as well, his ears had emerged for a cleaner-cut look.

Dating the redoubtable Selena Gomez at the 2011 Billboard Music Awards held at the MGM Grand Garden Arena in Las Vegas on May 22, 2011, Justin began to push the envelope with a loosely-styled Mohawk. That didn’t last long and neither did the pitilessly scornful Selena. By the time the 2011 MTV Video Music Awards rolled around at the Nokia Theatre in L.A. on August 28, 2011, Bieber had lost his baby fat and came close to a side buzz cut; blonde highlights now adorned the once-brown hair.

In November, back to the plain brown hair with the buzz cut and the beginnings of a right side-part for an appearance at the Pencils of Promise 2011 charity gala in New York. Now, the clearly rebellious Justin also sported a square garnet stud on clearly-inflamed earlobes.

Flying across the Atlantic to perform at the MTV Europe Music Awards in Belfast that same month, we see two more studs on each ear. The bangs are gone, teased up into a heavily-gelled pompadour.

Returning for the Emmys the very same month, the star dropped both the pompadour and all ear studs in favor of a longer and neater side-parted hairdo. However, he performed at the event with the LMFAO rappers in tow, the pompadour very much in evidence, and richly-textured upper scalp. “I’m sexy and I know it!” was the chant of the night.

Away from the limelight, Justin relaxes with mop loose again over a Toronto Maple Leafs uniform and shows what he can do at competitive ice hockey. At Grauman’s Chinese Theatre in Hollywood on January 26, 2012, Bieber is back to displaying studs again in a tribute to the long-delayed Michael Jackson Hand and Footprint Ceremony.

The same month sees him driving his hairstylist insane by rinsing out his natural rich brown hair to a harvest gold mop that is clearly a wig and showing up in the NRJ Music Awards in Cannes in a pompadour in brown. By May, Justin was back to a long hairstyle combed up a la Elvis (less pomade, though) for the Floyd Mayweather, Jr. versus Miguel Cotto fight at the MGM Grand Garden Arena.

Lately, Justin has turned the pompadour into spiky hair and performed in ash-blond hairstyles, revealing his admiration for rappers and LA- or NYC street cred.