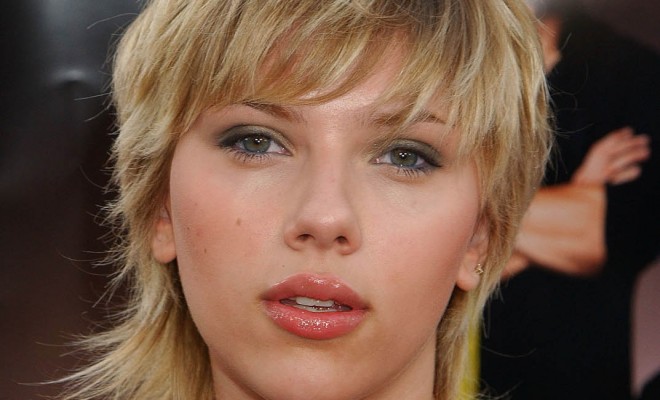 Celebrity or not, people will experience a bad hair day, even for once in their lifetime, just ask Queen B. The diva, who managed to always appear as if she has just stepped out of MasterCuts, was caught to be sporting a very funny-looking fringe. The too-short fringe looked as if Ivy Blue has cut it, looking too blunt and sparse.

Frankly, if hairstyles can be made as evidence, she should sue the stylist.

But, the wig fringe fiasco of the diva is nothing compared to the other weird celebrity hairstyles people would never expect to have existed at all.

The once “forever flawless” blonde bombshell has never made a mistake when it comes to her looks but apparently, that track record will be changed forever when she was seen sporting a mullet. Yes, a mullet in 2015, like the ones Billy Ray Cyrus used to have when he released his hit single “Achy Breaky Heart”.

Oh, wait. This is the second time she wore the mullet because back in 2003, she also sported the do with much pride and punk. Well, she was 18 then; what’s her excuse now?

Given that she’s known to be quirky and her comparison to David Bowie is unintentional but her half-shaven, extremely comb-over to the side hairdo has just got to go away. It didn’t even help when she decided to let it loose because now, she looked like a bird’s nest is on top of her head.

Wait, Carrie Bradshaw made a fashion booboo? No kidding! It looks like she was channeling the big hair 80s trend when she decided to go out one night and probably take a stroll down memory lane… or maybe a detour towards “Nightmare on Elm Street”.

Whoever invented the “granny look” needs to be sued by all the women who followed that trend. Besides looking like she has premature grey hair, the severity of the cut will make Halle Berry’s Storm a run for her money. The look is just too much for a non-mutant human being to handle.

This look is too complicated to describe because you wouldn’t know where to start. Was it inspired by a peacock or a cheetah or a portmanteau that we can call the “peatah” or “cheecock”? Nicki is known to be bold and crazy when it comes to her look but this, on a blonde base with blue, green and cheetah spots; it’s just too much.

Mel B from Spice Girls

Tilda Swinton and Scary Spice must have met over tea to discuss the future of half-shaven head on women because this Mel B. look is definitely one for the books of weird things. Half of her hair is literally missing and while people should commend her for being brave in gracing the red carpet looking like this, people should also learn from Mel B.’s mistake. Always remember, even if it’s a trend, it doesn’t mean it will suit you.

The singer with a dollar sign on her name looked like she’s ready to hit the punk scene of the 80s. The fake Mohawk should be left for the real rock stars, even when you truly believe that you and your music belong to that genre. Let’s be real, please.

She could have rocked this look if she’s eight years old and starting to think about what she wants to be when she grows up but the mother of all bowl cuts should never be worn by anyone beyond that age. Being a member of the Fashion Police cast, she could have at least consulted with her team if they agree with her that bowl cut is the new trend. Well, the good news is, she’s now sporting the purple do which, surprisingly, suits her best.

The Voice coach and judge looked so much better now as compared to her “No Doubt” days. Once, she worn pink dreadlocks to an event and it’s pandemonium, probably because every teen went gaga over her style. Considering she’s a fashion icon, what could have she been thinking when she went for this look?

Being the only guy in this list may be an achievement but Justin’s N*SYNC days are definitely over and thankfully, it also marked the end of this hideous curly, cropped hairstyle. Pairing it with a turtleneck and purple-tinted shades didn’t do any good but as you’re young when this happened, you’re forgiven.

Okay, not really. That hairstyle is too awful to be forgiven, it should be named the crime of the 90s and that is saying something. Please don’t try to bring this back ever.