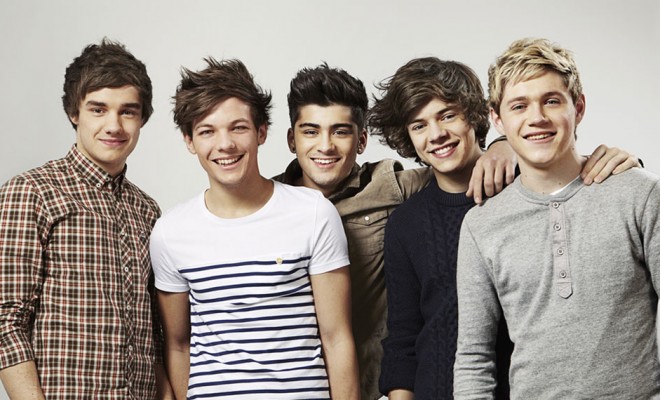 The One Direction Craze: The Hairstyles

The Zayn Malik hairstyle is the epitome of the One Direction craze that has truly taken over the younger generation. The boy band has had such an impact in pop culture that even the older generation cannot deny the significance of the boy band since their astronomical rise to fame. In case you have been hiding under a rock in the past half-decade, One Direction is an English-Irish pop boy band established in 2010 and based in London, featuring five young gentlemen, Niall Horan, Liam Payne, Harry Styles, Louis Tomlinson and Zayn Malik. Although the boy band placed only 3rd in the British television singing competition, The X Factor in 2010, the boys were able to sign with host Simon Cowell’s record label Syco and since then have drummed up four albums: Up All Night (2011), Take Me Home (2012), Midnight Memories (2013), and Four (2014) that have topped charts in most major markets throughout the world.

In case you are not sold on how impactful the boy band has been to pop culture in the past several years, one can only look at the awards that they have garnered in their short tenure to greatness and fame: five Brit Awards, four MTV Video Music Awards, Eleven MTV Europe Music Awards, and 19 Teen Choice Awards. Not to mention the fact that these young gentlemen are now considered as the richest boy band in music history from Britain and Ireland with a combined net worth of 75 million GBP.

Right now, nearly every teenage girl wants to be with members of One Direction while teenage boys want to do everything in their power to emulate the boys and grab their allure for themselves. Simply put, boys want to be them and girls want to be with them. The question is, how exactly can you go about emulating the boys of One Direction? The answer is simple, hair makes the man, and any guy can make a girl swoon with a simple swish of his hair.

Sorry, someone had to do it. Harry Styles has one of the most unique yet messy hairstyles in the entire celebrity kingdom. Harry has worn the same famous curls since their debut in 2010 until about 2011, when he decided to do a bit of combing from time to time. By 2012, however, Harry decided to ditch the curls for straighter side-swept do that swept the ladies off their feet. Harry would then continue to experiment with a manlier half-hawk hairstyle in 2013. The classic curls would return in 2014, albeit a much longer version of it.

Bring on the Payne

Liam Payne’s hairstyle is akin to its namesake, a wild and curly mop, which he debuted after his long-swept bob cut back in the X Factor. Liam would then move on to 2012 by shaving his hair while at the same time proving that you can still stay smoking hot even without it. Liam would then grow his hair out along with a bit of scruff just to keep with the more mature version of One Direction in 2013. He would continue this trend in 2014, keeping a longer beard and moustache but letting his bangs fall down instead. In 2015, the wild child burst forth when Liam debuted a modern Mohawk.

By now I’m pretty sure you’re tired of the pun so let us keep it simple. Louis started out with a long shag back in 2010 which gives us the impression that the boys shared the same barber at the time. His hair would then evolve in the coming years into a windswept hairdo, a super slick side swept hairstyle, and finally into a just-got-out-of-bed look. Among all the boys, Niall probably did the least experimenting with his hairstyle for debuting with a shaggy side swept style in 2010 and then evolving into a spikey hair style that seemed to grow longer with each passing year

Last but not the least is the Zayn Malik hairstyle. Unlike his One Direction brothers, Zayn never started off with a side swept hairstyle or mop. The Zayn Malik hairstyle has been known as the super spiky style from the outset. He then moved on to an amazing spikey pompadour that rivaled that of the King of Rock and Roll. Zayn then transitioned from his spikes and into streaks, putting everyone to shame by making blonde streaks look like the only option for men at the time. He would then move on to win the scruffiest hair award by sporting a slightly messier and short hairstyle paired with an edgy beard. By 2014, Zayn must have thought that barbers and blow-dryers were no longer necessary, opting for a hairband and a shaggy hairstyle. Of course, this hot hippy-ish look would not last for long with Malik eventually moving on to the man bun that has swept the nation of men since its debut.

Related ItemsFeatured
← Previous Story From Bowl Cuts to Avant Garde: The Evolution of Celebrity Hairstyles in the 21st Century
Next Story → The Hairstyles of the Stars of the Music World