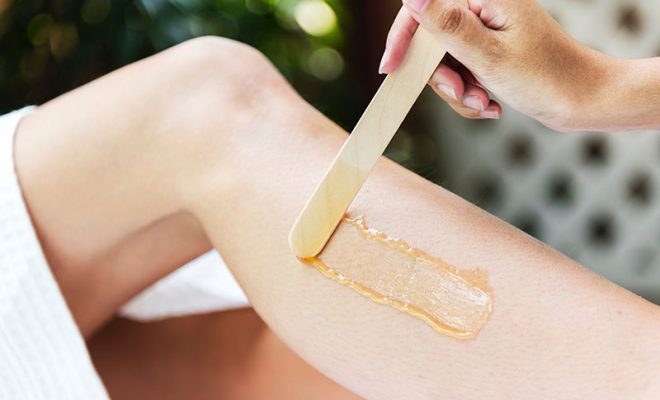 Get A Manzilian at Least Once in Your Life!

But in the 21st century, men seem to be more open to the idea of a manzilian, whether as part of a new experience or as part of their grooming habits.  But we say that men should get a manzilian at least once their life just to see what the fuss is all about. Think of it as an adventure into the unknown and decide whether it’s for you or not.

A manzilian, also known as a boyzilian, is a cosmetic treatment – there are no incisions, injections and penetrations involved – so there’s no downtime necessary. You can walk out of the Ministry of Waxing salon as soon as your session is over with nobody else – except you, the waxing technician and the receptionist – knowing about it, unless you tell others about it.

The bottom line: Getting a manzilian is fast, easy and convenient! You may even prefer it to shaving, a familiar process that will also temporarily remove pubic hair, but it has its risks (e.g., nicks, cuts and ingrown hair in the most uncomfortable of places) as well.

With a manzilian, you will enjoy these other benefits:

Just think about these benefits when you undergo a manzilian, or the waxing of your back, sack and crack, as people like to call the nether region’s parts.

But you may not want to have your entire nether regions waxed, and that’s okay, too. There are actually two types of waxing for men – the bikini wax and the Brazilian wax – both of which have been modelled after waxing for women.

In a bikini wax, there’s still a trimmed area of pubic hair left for a more natural look but the underwear line is completely free of hair. In a Brazilian wax, every hair from the anus to the pubic bone is removed – as bald as a baby, so to speak.

If you’re a first-timer, you may want to choose the bikini wax just so you can say goodbye to your pubic hair gradually. Afterwards, you may choose to just go bald or you may not. In the end, the decision to go for a manzilian or not, as well as to choose between a bikini wax and a manzilian, should be up to you and you alone.

For your first-time session at Ministry of Waxing, you should keep these tips in mind before walking in through the salon’s door.

Afterwards, you should follow the waxing technician’s instructions on post-waxing care. These usually include exfoliation a few days after the session – use an exfoliating body glove – and do it for 4-5 days a week.

Related ItemsFeatured
← Previous Story When Waxing Leads To Worry
Next Story → The Battle for The Brows: Threading and Waxing Comparison