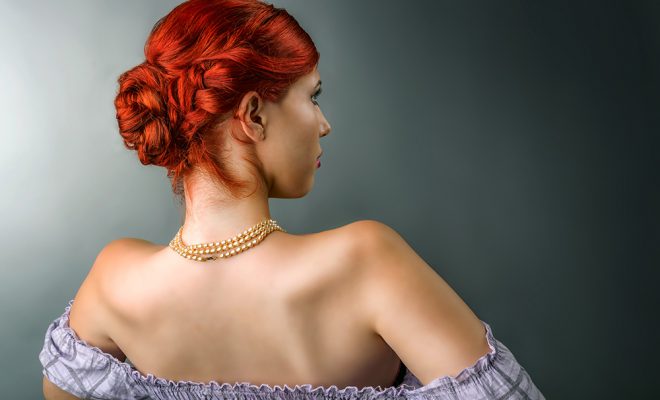 As with clothes, shoes and personal accessories, hairstyles also have cyclical periods – popular for a few years, sinking in popularity in the next seasons, and resurfacing in popular imagination for a few years again albeit with contemporary touches. Indeed, you can play around with your hairstyles in a manner more enjoyable than your clothes and shoes experimentations!

Here are several of the classic hairstyles that Hollywood stars, celebrities, and socialites as well as the women on the streets have adopted for their own. You can update these looks to suit your own personal style and sensibilities.

Aubrey Hepburn and Mia farrows, the quintessential It Girls, are the Hollywood stars best known for being beautiful in their close-cropped pixie cuts. You have to possess a certain level of feminine confidence to pull off a pixie – it can be too boyish on many women – but when you rock it, you will effortlessly catch the attention of many people.

In the past, the pixie cut usually featured a cropped style with trim bangs hugging the hairline while short strands were cut as close to the head as possible, thus, resulting in a youthful and sprightly appeal.  Today, the pixie has a more grown-up sensibility, thanks to long bangs creating a drama by swooping across one eye while the sides can be either short or long.

The best thing about the bob is its versatility in terms of length and layers. A short and sleek bob is the most iconic, as well as the easiest to maintain, which is suitable for women with naturally straight hair. A long and lush bob is more suitable for women with wavy hair especially when paired with mussed-up waves for a softer look.

Side parts, side-swept bangs, and tousled tresses are just a few ways to personalize a short or long bob. Emphasis must be made to choose one or two features to highlight, such as a side part with side-swept soft bangs on Cate Blanchett.

In the 1950s, the classic bob was about the structure, as the current hairstyle of Anna Wintour, Vogue editor-in-chief, evokes. Doris Day was the epitome of class in her classic bob, which must have taken plenty of aerosol spray and roller sets to create.  In contemporary times, the bob has a loose quality – long strands pinned up, for example – that reflects the more relaxed take on the hairstyle among women.

You can ask your hairstylist to make your bob one of three lengths. First, you can choose a long bob with your medium-length, straight hair, which can be curled under for more bounce and body; add lowlights to enhance your look. Second, a medium-length bob can be paired with side-swept bangs for drama and long layers for body, perhaps even flipped ends for variety. Third, a short bob has a sexy edge

Easy to create and maintain, elegant in appearance, and suitable for the office and dates – such is the versatility of the bun hairstyle that it has stuck around for decades. While it requires at least medium-length hair to pull off, it can be possible on shorter hair with the right tools, such as bobby pins.

In a classic bun, it was similar in appearance to a cinnamon bun with its circular look and large volume, a neat style that Catherine Deneuve exemplified. In a contemporary bub, it has a flirtier look that evokes the fun lifestyle of the contemporary career woman. Basically, hair is piled high on top of the head with a few hairs springing free for a carefree look that may also be easily tidied up with a few tweaks with a comb and bobby pins.

Straight hair can be a bit boring especially when it just lies flat on the head. But with waves, the possibilities for creating individualized hairstyles are nearly limitless, from the tousled beach waves suitable for the bikini-friendly California beaches to the elegant waves on the Oscars’ red carpet.

In the 1940s, glam waves were popular among the sex sirens, such as Rita Hayworth whose cascade of waves with sculpted swirls and side part added to her mysterious allure. In the modern scene, the waves have become more relaxed (i.e., less structure, more fun) while still being stylish with the waves ranging from tight to loose waves starting by or below the ears.

Other classic cuts that you can play around with by adding contemporary touches are the French twist (i.e., go for soft, messy, and romantic); the bangs from the blunt to the brow-skimming; and the sleek center part.