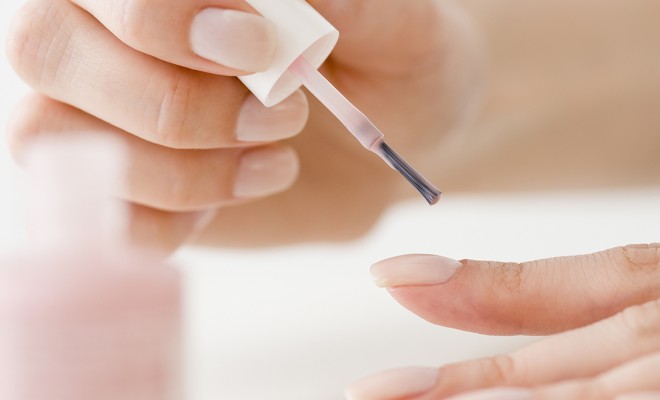 Many women consider weekly manicures as a must in their beauty routine, and we can understand why. Manicures not only make nails look and feel glamorous, these beauty treatments can also keep chipped nails away!

But there’s only so many manicures that nails can ensure before they become damaged. Your nails will need time to breathe, too – or on other words, they need a break from your beloved manicures.

Of course, nails don’t breathe in the sense that your lungs breathe! Instead, your nails receive the nutrients and oxygen they need from your bloodstream instead of from the air. But your nails still need time to breathe, so to speak, since they can be deprived of oxygen, too.

Signs It’s Time to Give Your Nails a Break

This brings us to the next question: What should you look out for in deciding that, indeed, your nails need a manicure break? Basically, if your nails are showing signs of excessive discoloration, dryness and/or peeling, as well as ridging, then it’s time to allow your nails to repair and regenerate. You have to let your nail cells, known as onychocytes, grow back into their healthy state by laying off the polish, acetone and the like.

Brittle nails are also a sign of nail damage. These are typically caused by overexposure to polish removers, particularly acetone and solvents, since these have an extremely dehydrating and drying effect on keratin.

Yet another sign are keratin granulations, the uneven, white and rough spots on your nails. These occur when nail polish is left on for too long resulting in the removal of the superficial layer of nail cells when acetones, solvents or other removers are applied on the nails. While these will fade out over time, these are ugly and, worse, these shouldn’t be covered with nail polish since it can only worsen the issue.

Nail yellowing is also an issue since it can be a sign of highly porous nails – the more porous the nails, the more prone they are to yellowing. There’s also the matter of the nail polish color used – the darker the color, the more likely it can cause yellowing nails even in less porous nails.

But these aren’t just cosmetic issues either. In some cases, nail ridging can be a sign of a disease. You must then ask a dermatologist for more information as soon as it happens.

Signs Your Nails Have Benefited from the Break

How long should your nails take a manicure and pedicure holiday? Well, it depends, on the severity of the damage. You can let your nails take a nail polish holiday for a week every month or three weeks in case you haven’t gone on one for several months, perhaps years, now.

You will know that your nails are healthier afterwards when these signs are present:

You may think that skipping your weekly manicure even for just a week is almost sacrilegious. But when you let your nails take a break, you’re doing them – and yourself, for that matter – a big favor. You will not only end up with healthier nails but you will also get nails that are stronger and, thus, better able to take weekly manicures.

You can still give your nails a touch of glamor, too! You can apply cuticle oil on your nails and moisturize your hands so that they appear glamorous, sans nail polish.