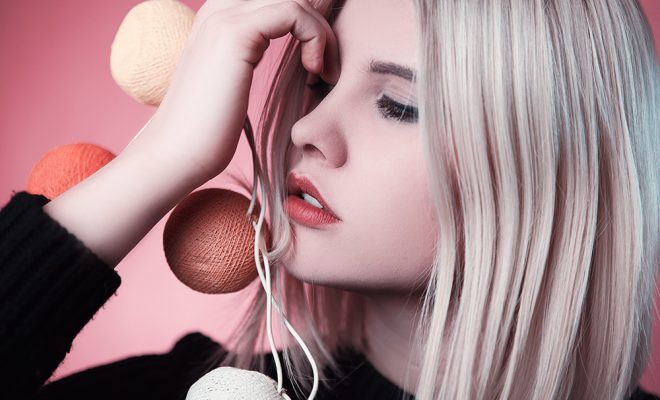 2017 is fast giving way to 2018, and in this post we gaze into our crystal ball and try to predict what the coming year will hold when it comes to hairstyle fashions and trends. 2017 was a rather experimental hair year, to put it mildly – while ponytails, big hair and straight styles reigned supreme on the catwalk, neon and rainbow dies and colors held sway on the internet among bloggers. The question is: will 2018 hold more of the same, or will some more wearable styles be predominant in hair salons over the new year. Which are the trends and hairstyles you need to become familiar with if you want to swim with the fashion currents rather than against them in 2018?  Read on to find out what will be the hottest hairstyle trends of 2018, as predicted by the experts themselves. And find out how to choose barber shears on BoldBarber.com!

Is it a boy or girl?

According to ambassador of Charles Worthington, Ken O’Rourke, androgyny will be ‘in’ in a big way come 2018. The bow cut, in particular, is set to make a huge comeback. Remember that boyish look sported by Linda Evangelista back in the 1980s? The great thing about this cut is that it is suitable for just about any age group, and it require minimal effort and styling. The world famous hair stylist, Paul Edmonds, concurs with this thesis. According to him, 1980s retro is already making a resurgence – in all areas of fashion, but especially the hair industry – and the layered bowl type cut is definitely one to keep an eye on in 2017.

Scrap the curls and go straight as a die in 2018. According to Paul Edmonds (again), the coming year will see long, straight hair dominate, both in fashion shows and in hair styling salons Think middling to long length hair, a blunt cut, and a shiny and glossy finish. The lob was a big hairstyle in 2017 and will continue to be popular. Think a blunt cut along the edges then layered to give texture and make it dynamic and easy to style. Demi Moore and Sandra Bullock are two big names who have made this style their own over the years – according to industry experts, 2018 will be a good time to follow suit.

Paul Edmonds is back with another hot tip. This time, he’s putting money on the all natural afro hair style to take the fashion world by storm in 2018. For this style, look to Halle Berry – she had it completely down pat at the Vanity Fair, Oscar catwalk party in early 2107.

Straight and Pulled Back

In addition to straight and shiny, another big hairstyle in 2018 – at least according to our resident expert hair forecaster, Paul Edmonds – is going to be straight hair pulled back in a ponytail. To get this look right, avoid drying your hair with a dryer, instead let the air do the work naturally. Add accessories like hair bands, bows or clips for decoration. Ponytails were big in 2017, and 2018 is going to see more of the same. Lest you fear that this cut might look too ‘girlish’, Sienna Miller at 36 has proved otherwise. Done right, the simple ponytail and hair bow can look sophisticated and stylish.

The Scrunchy is making a comeback!

Remember these? They were a real hit for a while in about 1996, then disappeared seemingly without a trace. Well renowned hairstylist Laurent Philippon can be held responsible for bringing the scrunchy back into our lives at the Mansur Gavriel catwalk in 2017. And according to him, it will take off even further in 2018. Made from vintage style Italian fabric, they are already being sold by the stores of his Bumble and Bumble brand in New York. Think loose and low hair with an air-dried finish and texture for the hair that is most suited to the much loved scrunchy.

Or at least the illusion of such. Short hair for one night only, with no need whatsoever to cut or trim it off? Sounds good, right. Lift hair up off the neck and twist, twirl and coil it around the top of the scalp, holding the whole lot in place with any number of bobby pins. Get a good strong, frizz fighting hairspray to go with and you are good to go.  According to hairstylist Orland Pita this was all the rage with his models in 2017 – and that trend is set to continue in 2018.

Parted down the center and with lived in texture and finish, this easy but elegant style was a big at Tony Burch in 2017. Next year it is expected to find an even wider audience.

The Wu Side Part

Jason Wu hairstylist Holli Smith made this one her own in 2017, taking the class Wu side part, and combining it with a more wet, slicked back style. Take it from us, this one will be in hot demand in 2018 also.

Sachin and Bobby’s method of parting long straight hair deep on one side, then pushing it behind one’s ear, created the perfect backdrop for dramatic, large tasseled earrings was another popular style in the latter part of 2017. Expect it to be taken up by even more sources next year as well.

Rocker style curls were big here in 2017. Experts predict that the trend will continue well in 2018. Likewise the slicked back and wet, side parted look featured at Pamella Roland this year.

Jill Stuart’s method of moussing damp hair before drying it, going over it again with dry shampoo, then curling to create the effect of messy braids at the side of either ear – teasing the hair with one’s fingers to create additional volume – this one was also quite a hit in 2017. 2018? More of the same according to the experts.

Talented hairstylist Justine Makan explains that she blows hair until it is smooth and straight, then splits it horizontally, before applying serum that promotes shine and sheen. The bottom half is pulled together, whilst the top half is put in a ponytail. The tail is then twisted in a chignon style and pinned in place near the front of the subject’s head. It gives a fantastically slick, sleek look. A mild hit in 2017, it could really take off in 2018. All it needs is a few more people to become aware of its existence!

Romantic and soft, the twisted, rolled up, side parted buns at the Brock Collection were all the rage in the latter part of this year. Expect more of the same in 2018. The experts predicted it!

At the Michael Costello spring show this year, several models made a big statement with their top knots cotton candy style. It’s only a matter of time before the masses wake up and start following them. Similar with Adam Selman’s side part hairstyle combined with ultra cool girl wavy effect. It’s a more than safe bet that both these hairstyles will migrate from the red carpet to the hair salons in 2018.

You want to know the top hair color trends for 2018? Try sweet colored shades with added shine. At least that’s the tip given by Charles Worthington ambassador Ken O’Rourke – whom we have encountered once already in this article. According to him, rich nourishing colors like smooth satin chocolate and gorgeous golden brown honey will be huge hit in the coming year. Add healthy, well maintained hair with maximum luster and shine, and you are onto a winner. Who’s a good example of this look? Think back to Eva Longoria at the Cannes red carpet event, except with deeper, richer chocolate brown shades

According to world renowned colorist, Jack Howard, another big trend in 2018 will be the many shades of – blonde. Witness Rita Ora recently showcasing her yellow soaked fringe. Holly Willoughby had a similar idea, her golden locks were just a shade of blonde lighter for freshness this current summer. The future is already here in miniature! From pastel yellow hues reminiscent of southern summers to metallic blondes, going blonde is a pretty safe bet if you want to be in tune with the fashion trends next year.

Bayalage is another recent color trend that is set to go even further in 2018. Jack Howard predicts that it will evolve into a cooler and lighter look in the new year.

Speaking of lighter toned hair, it is not only these that will be in style next year. Charcoal gray and bayalage will also be on the cards, especially for people with hair of middling to long length.

And there’s even something for red-heads! According to our resident hair color expert, coppery shades and fiery gingers will be the hot thing in town in the year 2018.

There you have it then! The experts themselves have put on their forecasting hats and given us all a glimpse of the hair-styling and color terrain of 2018. If you want to be in tune with fashion trends next year and not marching to the beat of your own drum (not that there’s anything wrong with that!), then pay careful attention to the advice presented in this article. You’ve received a glimpse into the future of hair and hairstyles – from the biggest authorities on the subject around today, no less.