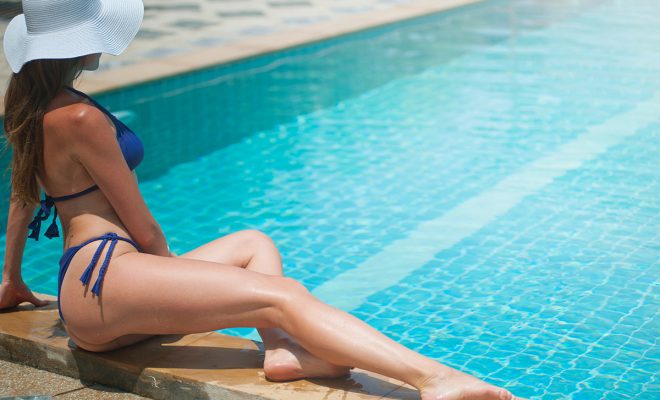 Sugaring vs. Waxing: Which is Better for You?

Dealing with unwanted hair has always been a struggle for a lot of people, primarily women. However, the good news is, more and more options are becoming available to the public. If back in the day, we can only shave, wax, pluck, or get lasered to remove unwanted hair, nowadays, we also have epilation, threading, and hair removal creams as well.

However, out of all the new hair removal methods that have become available in recent years, sugaring proves to be one of the most attractive options to go for. It offers the same benefits as waxing but is somewhat less intimidating and scary. This is why the two are always pitted against each other, especially since more and more sugaring salons are established over the past few years.

If you’re one of the many who are interested in sugaring, here are a few points that might help you give it a try:

1. Sugaring will not expose your skin to a lot of heat.

In order to use wax to remove hair, it has to be heated to achieve the gooey consistency that clings onto the hair. If you’re not experienced or skilled enough in waxing, there’s a high chance that you’ll apply the wax on the skin while it’s still very hot. This can, of course, damage your skin.

Sugaring, on the other hand, doesn’t need to use a lot of heat during the hair removal process. Once the sugar wad is prepared, it doesn’t need to be kept on a fire to keep it soft and easy to work with. It’s already gooey and malleable enough to spread on the skin even when it’s not very hot. It only really needs to be warmed up by your hands to keep it soft and easy to spread on the skin. As a result, you won’t make the mistake of applying it to your skin while it’s still too hot.

2. Sugaring uses gentler and natural ingredients to get the job done.

Sugaring usually only uses brown sugar, lemon juice, and some water to produce the sticky substance that removes unwanted hair. They’re all known to help nourish the skin as well, so unless you’re allergic to any of these three, it’s a rather safe formula for a lot of people.

While waxes also usually use natural ingredients, they’re not always made of plant-based or animal-derived ingredients. They can still use chemicals in their production. So if you’re trying to be as natural as you possibly can in your beauty regime, this isn’t exactly ideal.

One of the most attractive things about sugaring is the fact that it can remove shorter hairs. It can grab on to smaller hairs better than wax, so you don’t have to wait too long to remove unwanted hair again once they start growing back.

Wax can only work with hairs that are about ¼ inch long while sugar wads can stick to hairs that are just 1/16th of an inch. With this, it can be a more reliable option for a lot of people who suffer from excessive hair growth. The minute the hair starts to grow back, you can quickly get rid of them effectively with this method.

Another reason why more and more people are making the switch to sugaring is the fact that it’s less painful than waxing. How is this possible, you ask? It’s because the sugar wad doesn’t cling to one’s skin. As a result, it doesn’t pull on a large organ while it removes unwanted hair. The pain you’ll experience will only be from the hairs that are getting pulled out from the root.

Wax, on the other hand, clings to the skin. So when it gets pulled out, you tug on your skin, too. It also removes dead skin in the process which is why it’s also an effective exfoliation method. However, because of this, it’s also more painful than sugaring.

5. Waxing is a bit more accessible than sugaring.

If you want your hair removal process to be professionally done, it might be easier to find a waxing salon than a sugaring salon if you don’t live in a major city. Especially if great places like Pretty Kitty is available, it’s understandable that you might still prefer going to a regular waxing salon instead. In such cases, you might not have much of an option other than just get waxed or learn how to remove unwanted hair through sugaring yourself.

6. Sugaring is a bit tricky to learn.

While it’s not necessarily difficult, sugaring can be a bit tricky because it doesn’t follow the same rules as waxing. First of all, concocting your own sugar wad recipe can be tricky. Sugar can harden rather quickly so you need to follow the cooking process to a T. If you don’t want to risk that, however, you can always just buy a sugaring kit. There are now lots of great options available in beauty and drug stores online and offline.

Removing hair with sugar is also different from waxing. Instead of pulling against the grain like how you’d do it when waxing, you should pull it along the direction of the hair growth. This ensures that you’ll lift the hairs right from the roots.

At the end of the day, however, it’s still your call which method will work best for you. As both promise effective hair removal and since they roughly cost the same, it’s really a matter of preference when choosing among these two methods.