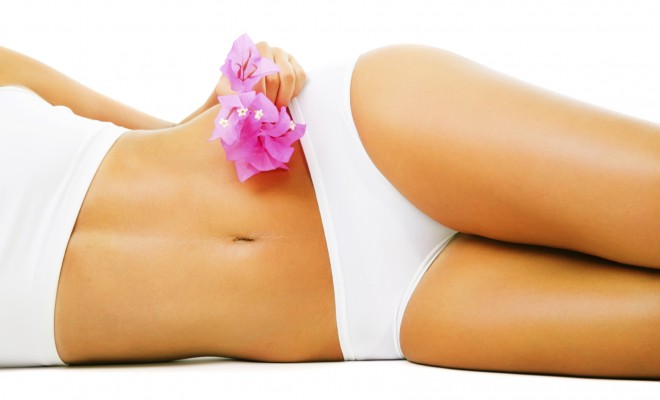 Bikini Waxing Dangers You Should Know About

Staying well-groomed down there is a common practice for many women. Not only does it make them clean, but it also helps make them feel more confident about themselves and what they wear. While shaving and trimming are common ways to keep pubic hair groomed, many women opt for a bikini wax.

This produces softer and smoother results, and it requires less maintenance because hair does not grow back as easily. It is also favored by many because it can be customized according to the amount of hair they want removed. In general, most women have favorable results and experiences with a bikini wax. There are however, some that are worried about dangers involved with the procedure.

Perhaps the most common side effect that people experience with a bikini wax is irritation and sensitivity. Very few get on with this type of hair removal without experiencing even a bit of this. Since the hair is pulled out from the root, the skin in the area becomes irritated, often resulting in redness. It also leaves hair follicles exposed, so this can increase sensitivity. Lastly, waxing removes the top most layer of the skin adding to the problem.

These are the very least of problems that can occur. Those who have extra sensitive skin may also break out in tiny rash like bumps because of the irritation. Sensitivity can also last from a couple of hours to a day, making it difficult to wear tight clothing.

Ingrown hair stems from hair which grows back in the wrong direction after it has been removed. This is a risk that is involved with any type of hair removal. While it is generally not a problem, it can be bothersome and itchy. The real danger occurs when the follicle becomes infected as a result of the hair growth underneath the skin. This can lead to inflammation, redness and pain.

There are different ways that infection can take place as a result of a bikini wax. One way is through contact on the waxed area. Since the skin on the area tends to be sensitive, it can become aggravated further when rubbed against clothing. This can then lead to itching and cause scratching. Germs may be transferred from the hands into the exposed hair follicles giving way to infection.

A similar scenario can take place when ingrown hairs are present. The discomfort of having these can cause you try and dislodge the growing hair, or scratch it. Similarly, bacteria are introduced into the area and can enter the skin if it breaks, or when the hair is pushed out.

Lastly, infection can also occur as a result of cross contamination. Waxing salons and spas cater to many different clients on a daily basis. This means that their tools and materials are exposed to different people as well. In some cases, bacteria can be transferred from one person to another through the things used.

If they are not careful enough and dip their used spatulas into the wax over and over again the whole batch of wax becomes contaminated. Bacteria are also transferred if they do not change tools or clean it properly after each client. Even towels used can become an avenue for cross contamination. What’s more alarming is that infections passed on can be more than just a simple one.

Your bush is actually there to serve as an external barrier against Sexually Transmitted Infections (STI). Removing it can lower your body’s defenses by exposing the area and the skin beneath it. According to a case study by Dr. François Desruelles in France, 93% of people those who became infected with a STI had some type of pubic hair removal done.

However, only 10% had undergone waxing and majority had shaved. STI’s are transmitted through skin to skin contact and are also likely to be transferred via cross contamination as discussed above. On the other hand, this type of hair removal down there can also protect against infections like pubic lice.

There is no denying that there are a number of dangers involved in getting a bikini wax. On the other hand, other pubic hair removal methods also come with their own set of issues. Based on the risks that are involved, it is safe to say that getting a bikini wax is still better than other methods. It all boils down to ensuring that you pick a reputable and reliable waxing salon, or opt to do it yourself.

Simple precautions such as checking that new spatulas are used, towels are disinfected and wax is new can all help prevent many of the dangers involved. Taking extra care before and after the waxing procedure also contributes to lowering the risks involved with a bikini wax.